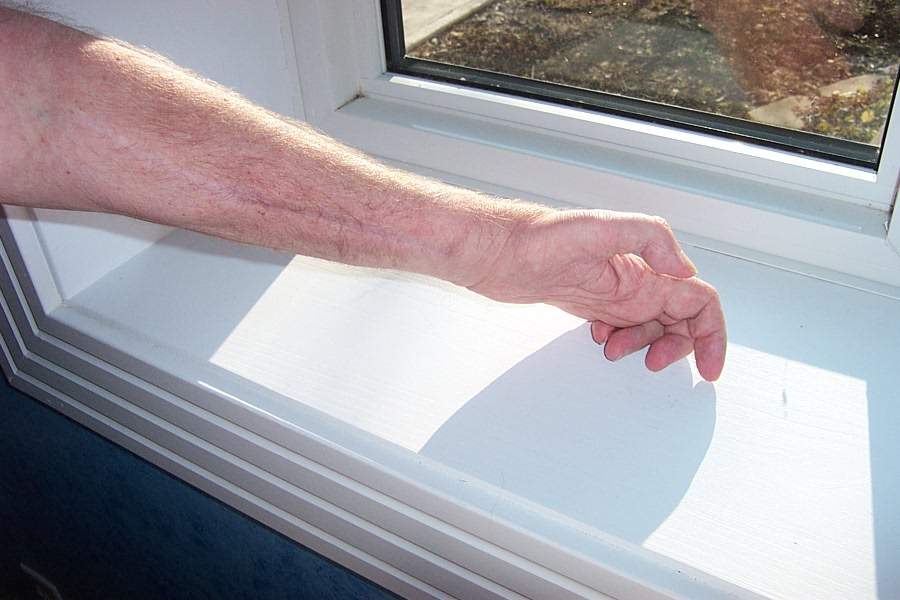 Years ago, when I lived in Detroit, serving as a missionary for my Church, I met a family who were some of the best examples of being positive in the midst of adversity. Their examples have been, in the years since, some that I have worked hard to emulate. I’ve often failed in that attempt, but… I’d be surprised if they didn’t fail in that attempt sometimes, too.

The father of the family, I’ll call him Bill (it wasn’t bill, but neither can I remember his name, nor would I share it if I could… because  this story is about my experience with them, rather than their experiences directly.) – Bill was a very successful martial arts instructor in Detroit. Very few martial artists get to do more than make an hobby out of their sport. Fewer still actually get paid for that sport. And even fewer still earn enough in that pay to be able all of their bills, and still fewer earn a good living. He was one of the rare few who could. He’d made a lifetime career out of training others in the martial arts, and in some particular forms that were uniquely his; he had customers seek him out from throughout the world to learn from him. He had comfortably provided for his family for many years, doing what he loved; training and performing and competing in the martial arts.

This was all before I met him.

And then he got Lou Gehrig’s. His was a particularly aggressive form of ALS. If my memory is being honest, the way that Bill described it to me was something along the lines of “I’m lucky because, as bad as it is, Lou Gehrig’s Disease only last’s for a couple of years! I can expect to be fully free of the disease in 3 to 5 years!” I was entirely ignorant of the disorder, and for someone who had been such a physically powerful man, the wheelchair laden man who’s arms were bound tightly to his chest by muscle spasms belied his history. “That’s wonderful!” I said…. only to get the sly look of an obviously intelligent man with mischief in his eyes….. he knew that I was ignorant of his disorder… “The only down side,” he continued, “Is that it’s fatal in every case so far….” Most healthy, 20 year old boys don’t know how to respond to that. I was no exception. I stuttered the obligatory “I’m so sorry!” as his wife playfully chided him for teasing the missionaries.

For those who, like I was, are ignorant of Lou Gehrig’s Disease, it’s formally known as ALS (Amyotrophic lateral sclerosis). It is an aggressive disease, which for most people (Bill being one of them) has no known cause, and no known cure. It is fatal in every known instance. Most people die within 3-5 years of diagnosis, but some live as long as 10 years (or more). It attacks the brain, the nerves, people’s speech (making it very difficult to understand them) and the muscles, causing everything to become progressively weaker until the lungs and heart no longer have the strength to do their job, and the person finally succumbs and dies.

And so here I was, meeting a physically diminished man, who had several days of scruff on his face, because he could no longer shave, and it was hard for his wife to shave him every day, on top of her other responsibilities like bathing, feeding, and helping with bodily functions… She had left her professional career to take care of him full time, and they’d just left their home, which was a beautifully restored house from Detroit’s Golden Motown Era (seriously, do some googling…. the architecture from that time frame is amazing…. simply stunning!) in order to move into a small place  with no stairs where he could maneuver in his motorized wheelchair. The previous 3 or so years had been nothing but broken lives and turmoil, all with the known and foreseeable undesirable end.

And yet, here Bill and his beautiful wife were not only content, but happily joking and teasing those around them. They weren’t just accepting of their circumstances, but thriving in them.

In our Church, once a month we forgo sermons or prepared talks to allow the congregation to share with each other our testimonies of faith and be strengthened by others’.

Just before I completed my mission, and came home to Idaho, we had one of these meetings. Bill rolled his wheelchair to the front of the chapel, and (painfully) stood from it. As he reached the podium, he put his mouth near the microphone (he was getting hard to hear, as his voice’s strength was going too.) He began by telling everyone that he wanted to take every chance he could to proclaim his faith, because he was starting to get too weak to continue to come to church, and he knew that he wasn’t going to live much longer.

Setting this premise for the congregation, who had all grown to love and cherish this amazing man, he continued.

He clumsily stepped back from the podium and raised his painfully wrenched arms and hands to shoulder level, the task clearly wore him out, and he had to lean back to do it. Everyone in the congregation felt embarrassed for Bill because we could see what he obviously couldn’t: there was no way he was going to do any signing.

Stepping back to the podium, arms still raised, he awkwardly looked from one hand, and then to the other, as if realizing for the first time that they weren’t working the way that they should.

And the congregation, uncharacteristically for our Church, burst out laughing through our tears on his behalf.

Of course Bill knew that he couldn’t sign. And that was the point. He knew that he’d just darkened the mood of the room, and he solved it at his own expense.

He then went on to bare a beautiful testimony of faith, redemption, and of hope.

The reason that Bill and his wife could have such positive attitudes surrounding his rapid decline in health and his impending death, was that they had been married together, not just until death parted them, but for time and all eternity. They had faith that the promise of the Savior for resurrection, perfection, and wholeness would all be fulfilled. They believed the Savior’s promise that they would get to be together with Him. This life, after all, is just a trial period. And that trial might be ending for him, but there was more to come.

I left within the next couple of weeks. I don’t think that I ever saw Bill again. I don’t imagine that he lived much longer… though I’d be happy to be wrong.

But their example has lived on in me.

And so has his faith.

Hopefully it can make your day a little better today, too.

Anyway, as I was listening to my show tunes this morning I had a realization, one that probably everyone before me has already come to, but I am not fast:

The wonderful Idina Menzel is the embodiment of the empowered disabled person. Oh, she’s not disabled, but she lends her beautiful voice to give a voice to the broken. I have two basic evidences. Plug in your earbuds and listen along, you won’t regret it. Spoiler warning, but that shouldn’t be necessary.

First, Elsa from Frozen. The symbolism is pretty clear, and I think it was deliberate: Elsa has a hidden disability, so well hidden that even her sister is unaware of its existence, but in an effort to hide the disability, she distances herself from everyone around her. Worse, she’s so terrified that everyone will hate her because of her disability, that she makes sure everyone hates her despite it (a classic self fulfilling prophesy). The secondary plot of the movie is Elsa finally coming to accept herself as she is, and realizing that everyone around her loves her despite he strangeness.

This song changed the intended writing of Elsa as an antagonist to being a protagonist, because no bad guy could rock this much.

Second  is Elphaba from Wicked. While I can’t necessarily recommend the play, and definitely can’t recommend the book (something something, sentient animal orgies, anyone?) Elphaba was born with the blatantly visible, though not particularly restrictive disability of having  green skin. This deformity has caused her to be shunned her whole life, leaving her a bitter, awkward introvert. She is, however, powerfully intelligent and magical. Going away to college she meets the snobbish and popular Glinda. Despite being roommates, share a mutual dislike for each other (the word loathing may come up…) Yada, yada, yada, the become friends and Glinda teaches Elphaba how to become popular. Everything looks like it will work out swimmingly for Elphaba, all she needs to do is surrender her identity and betray her morality… Which she decides that she cannot do. As she comes to accept not only her disabilities but her extraordinary powers, she is demonized by the fraudulent Wizard of Oz: being the malformed person that she is, it isn’t difficult for the people to believe that she is in fact wicked. But she declares her own empowerment, defying the societal rules that keep her from her potential.

This song makes me cry every time… Wait, did I just say that? Strike that from the record please.

So what do we learn today?

And I’m still waiting on my super powers

Image belongs to If-eazyworld – I stole it.